Renovating a bathroom improves the look, functionality, and value of the entire house. But a badly planned remodel can do the opposite. One area of renovation planning that can be challenging is how to integrate the new bathroom's look and feel into the rest of the house. To make it cohesive without being too restrictive or boring, here are a few do's and don'ts for matching your bathrooms.

Hardware metal type, shapes, and texture may seem like a small part of the bathroom's overall look, but switching metals between bathrooms can be jarring. This is an easy and inexpensive way to coordinate bathrooms—and possibly other rooms, such as the kitchen—without sacrificing your larger style.

Coordination between rooms doesn't mean matching them exactly. Coordination involves things like color palettes, decorative style, or use of artistry. It doesn't limit you to the same set of colors or the same decor. Feel free to create a nautical theme in one bathroom and a rustic feel in another. Just coordinate them through various facets of both choices.

One place to pay more attention to blending is with rooms adjacent to the bath. Bold color differences and thematic changes between the attached bedrooms, hallways, or public rooms can make the bathroom stick out like a sore thumb. It may also look odd when the two rooms are seen together, such as through an open door. Focus on coordinating these spaces rather than worry too much about the other bathrooms.

Many homeowners go all out with their remodeling plans for one bathroom—often the master bath—and create a luxurious space with the most modern versions of all fixtures and materials. But this can unwittingly highlight the underwhelming or aging condition of other bathrooms in the home. Rather than put all your money into one room, consider updating several in a more equal way.

Do Use Similar Layouts.

Every bathroom has its own unique size and shape, so most people don't expect to have the exact same layout among them. But do make effort to have a similar layout and positioning in similar rooms. This promotes a unified appearance throughout the home and proves more relaxing and comfortable to users.

Where to Learn More

Want more tips for making your new bathroom an integrated part of your entire home, including other bathrooms? Start by meeting with a bathroom remodeling contractor in your area today. 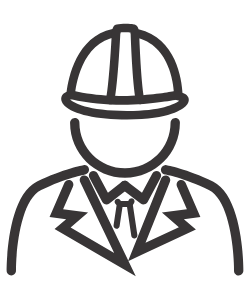 Remodeling your home gives you a chance to transform it into a more useful, attractive space. From replacing the floors to choosing new faucets, many remodeling projects are DIY-friendly, but you may not know where to start. This website exists to offers guides and advice to help you tackle your next remodeling project with confidence! Learn how to choose better color schemes and customize your home to meet your family's needs. if you decide to hire professional contractors instead, you will also find articles that offer insight into how these contractors work and how to choose the best contractors for the job.

If you're a homeowner, you know that routine maint …

While some homeowners take on a lot of remodeling …

Read More
Is Your Heat As Efficient As It Could Be? 3 Things To Discuss With A Heating Specialist
2 May 2022

When a homeowner is wanting to make major improvem …

Cooking and eating homemade meals are things you m …